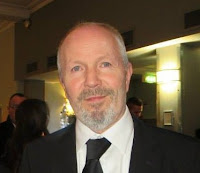 Q: Max…what made you become a writer?

A: I loved reading so much when I was growing up. It occurred to me at some point I’d like to try my hand at writing. I was about seventeen when I told a friend I wanted to be a writer one day.

A: I wake up around 5 a.m. I don’t get up, I lay there thinking about what I wrote the previous night, run all through it and then begin to draft the next scene. Typically, I’ll write four or five hundred words like this and then email them to myself for later editing. Most of my work is done in the evenings between 7 and 11 p.m.

A: If I get an idea for a story I know straight away whether I can develop it or not. I have an idea of the shape I want for the story, the direction I want to bend it in and then I just write. In short, I outline very little.

A: I to get the story as close to the finished product in one take, meaning I might only write five hundred words a day. I’m aiming for quality rather than quantity. I’ll edit and revise, read aloud revise again and then send to beta readers. Revise (or not) in accordance with their comments. Run through it all again and then send off for professional edit. Some scenes I can revise twenty or thirty times before I’m happy.

A: I purchased some text to voice software which reads back what I’ve written as I progress, it adds time to the work, but I think it pays in the long run and I wouldn’t be without that process now. I found interviewing my characters as if I were a movie director helps me get into their heads and though I have no experience as an actor, I play out some dialogue and action scenes with the accompanying movements. I also like to verbally pitch what I’ve just written to close friends and watch their reactions to it. If they look interested in what comes next, I know I’m on the right track.

A: I work on something else. For example, I currently have three books in varying stages of completion, about a hundred thousand words between them. I jockey between them when I get stuck.

A: I guess those are the genres I prefer reading.

A: One of my characters, Carla Black employs the services of a teenage boy putting up posters to lure a killer, William Boule, from hiding in Morocco. Things quickly go wrong and she fears the boy has been killed because of her. Later, she tries to make financial amends with his family but is rebuffed. Undeterred, she finds a way to help anonymously. I got a great deal of satisfaction conveying that part of the story.

A: In the Life and Times of William Boule, Carla Black and Miller have an ongoing love/hate relationship. They’re both strong characters; and they have a tendency to bring out the best and worst in each other. I think a lot of people can identify with the situations they find themselves in, except my story is set against the backdrop of the unlikely pair being pursued by a serial killer.

A: Use tools to manage your time so that you can use Twitter and the like to auto tweet about you while you concentrate on writing your next book. And don’t give up.

A: I accept that I can’t please everyone and take the negatives on the chin. Thankfully, those kind of reviews are a tiny minority and totally insignificant compared to the number of books I’ve sold.

A: Artistic control. Sounds pretentious, but what I mean is I get to choose the when where and what I write about. I work with professional editors in the production of my stories and similarly, choose the very best graphic designers for my covers.

A: A lot of work goes into the promotion of my stories. It is effective, but not quantifiable in the sense that the 80/20 rule applies and there’s no real way of knowing which twenty percent of the work put in is the effective part. I hate wasting time and the eighty percent is pretty much wasted, but like the guy in the shack in Lost who just keeps pushing buttons because he’s been told the island will blow up if he doesn’t. A lot of authors feel obliged to do the same kind of thing.

A: The Night of the Mosquito. In a nutshell, it’s the story of an escaped psychiatric patient with a taste for blood, and a retired hypnotherapist who suffers a bad reaction to a mosquito bite. Set against the backdrop of an apocalyptic event, which wipes out power and communications in Europe, it’s a compelling thriller filled with drama, suspense and carries a powerful message. It’ll be available pre-release on Amazon in the next week or so.

A: When I’m writing I have a tendency to stop reading so I don’t have any current favorites, but from the past, I’d include: The Main by Trevanian, love his easy writing style. The Dead Zone by Stephen King, a master of suspenseful storytelling, and The Adventurers by Harold Robins, who could also tell a great story.

A: You said living or dead? You’ve given me a license to time travel, perhaps? That being the case, I’d love to have had lunch with JK Rowling in the cafe where she sat writing the bones of her Harry Potter books, talked to her about her hopes and aspirations. Maybe caught a little of the magic in the air, given her a glimpse of the future. We all love a great success story, don’t we?

A: Dream up a great story and find a way to tell it to best effect.

A: This isn’t a particularly inspirational quote, more cautionary, but I apply it to my writing, slipping into character. “Be careful who you pretend to be…because if you take care you can create some great characters.”