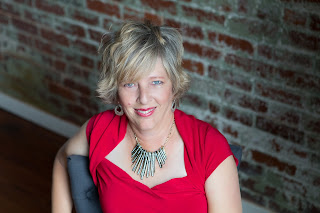 Hi!  I’m Kathy Zebert, and this is the short story of my transition from court reporter to novelist over the last five months.  This is the third chapter in the novel of my life, and the 55th page, because, well, I’m 55, and each year seems to be blazing by similar to the amount of time it takes to read a page in a book.

The first chapter in my life lasted 32 years, until I finally figured out that I needed a career, a profession, a way to be financially independent.  I began the second chapter more than 21 years ago; a career in court reporting, a.k.a. stenographer.  I’m the lady that sits in court and depositions and moves her fingers on that little machine no one really knows anything about.  You’ve seen them in movies, TV crime shows, maybe even if you’ve been in a courtroom.  The camera will pan past her, but rarely does anyone make mention of her, talk to her, or even know her name.

But that’s sort of the point of the profession.  Court reporters are supposed to be silent guardians of the record.  They are trained listeners, taking down every word and making a record of a legal case, the tragic stories of other people’s lives.  They are crucial to the process of litigation, with a required knowledge base like none other in the world, ethics beyond reproach, and the skillset similar to that of an Olympian athlete.  They work very long hours, under unbelievable deadlines, through holidays and weekends, to be sure that the transcripts that result from those legal proceedings are as perfect as humanly possible.  An entire novel could be written about what goes into this profession, but that’s the synopsis of Chapter 2 for me.

As you can imagine, after 21 years in this profession, there have been many changes.  In the last decade, seeing the “writing” on the wall, I began to think about where I wanted to be in Chapter 3.  I’ve been writing in some form or fashion since the early ‘70s, and along the way, I’ve been published in trade journals, newsletters, et cetera.  But the real push to write began about two years ago, with the passing of my dad.  You see, he was a jurist, and because I was in the legal services business, we loved talking about it. After his death, and along with all of the other changes in the profession, I knew I needed joy.  There is no joy in the subject matter of litigation, so my pursuit of joy threw me into a frenzy of a full year of a baking business before I realized that although it was extremely joyful, it was not physically or financially beneficial for my life’s Chapter 3.  Let’s just say I gained pounds and lost dollars.

Not to be discouraged from my pursuit of joy, I began to think about my experience as a court reporter, speaker and writer, and thought, Hey, what about a novel about a court reporter?  I can give them a voice.   My daughter had just completed her master’s degree in linguistics, and she’s an excellent editor/graphic artist.  Perfect!  In talking with her about my idea for the novel, she said, “Mom, it’s a great story, but you won’t write it.”  It was then that Incredulity was born and Chapter 3 began for me.  I needed to show my daughter what her mom was made of.  And the bonus was that I got to work with her on it as my editor.  That was June of this year, and through a move from one state to another, Incredulity was not only written, but self-published in both print and e-book and available all over the world.  Joy just became incredulity!

The writing was easy.  The story fell together as if it was planned.  It wasn’t, really, but it poured out of me so quickly that my fingers couldn’t keep up.  The process of getting it formatted for both e-book and print was a little frustrating because I didn’t have the money to pay a service to do it for me.  But I found videos, articles, reached out to strangers, and it finally came to fruition.  Next stop, beta readers.  Easy.  Everyone wants to be helpful and read it first.  Next stop, marketing.  Facebook, Twitter, Goodreads, oh, my!  I’m in!  I’m still floundering around with marketing, but I already had an audience of court reporters, and they began to purchase, read and review.

Everyone who knows me is completely aware that I’m no stranger to conversation, and I needed a site for my launch party, a press release, and who knows what else!  And because Incredulity is an over-the-top romance between a court reporter and a Texas rancher, who shows up on her docket for murder, I really wanted a cowboy at the party.  Phone call after phone call, my wishes came true.  The party was booked at a bookstore, the professional cowboy showed up, and the ranch offered up their PR person, who amazingly brought her horse, Chico, to the party!  Yes, I got on a horse for the very first time in my life!
Then the local radio station owner asked for an interview, twice.  He read the book and said he thought it was a screenplay and that I needed an agent!  What?!  (I haven’t found one…yet.)  I published on October 4th, and in the first month, I had 150 combined e-book and paperback sales!  That’s huge for someone who has no outside help, no experience in the industry, and no real connections.  I’m learning something new every day.

Chapter 3 has been a blessing so far.  Although I’m still standing in the middle of the street between the courthouse and the bookstore, hoping not to be run over by a truck, I know I’ve found my new purpose.  Book 2, Madame Court Reporter, will be out in early 2016.  The business aspect of writing is very much the same as court reporting.  Both focus on words, both rely on sales of copies for financial success, and both are seeing a decline in the value of the person responsible for getting those words on paper.  The one major difference, however, is the joy that writing brings, not just to me, but to the reader. When readers ask if they can date your character or suggest an actor for the role in the movie, again... Incredulity!