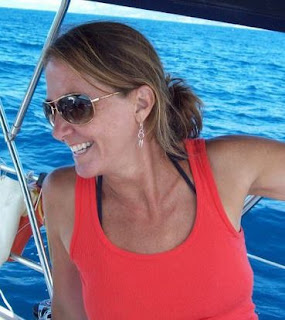 
Once Upon A Time … I used to draw stories and then dictate the plot to my grandmother, mother, or father. The chosen one would then write my words onto the accompanying illustration. I kept up this practice when I began school and I remember dictating stories to my first-grade teacher Mrs. Thompson. Mrs. Thompson thought this was such a grand idea that it became a class project. In the second grade I won the grade level haiku poetry contest and in the third grade Mrs. Bourgeois predicted I would become a writer when I grew up.
I continued on my meteoric Mozart-like writer prodigy track all through my grade school years. I was the Writer of the class. Lori So-And-So might have been the Adele of the Glee Club, but I was the Stephen King of English class. (Though I did a mean turn as Harriet Tubman in the fifth grade dramatic production of her life story.)
But writing is not child’s play and it wasn’t until my junior year of high school that I really knew I could write and wanted to make it my life’s purpose. 1981 was kind of a hat trick year for my writing ambitions. First off, my beloved father died suddenly and shockingly in August. This, of course, broke my heart and in so doing opened it, so that words poured out in a deluge of pain and loss looking to mend the heartbreak. Next up, in September I took a creative writing class wherein I met Mr. Rankin who recognized my talent, encouraged it, and published it anywhere he could. And finally, 1981 was the year, Rich and Famous with Jacqueline Bisset and Candice Bergen came out.
Now, this might seem like small potatoes when compared to one’s father dying or finding a mentor who thinks you’re the female incarnate of Dostoevsky, but Rich and Famous, while being rather cliched and somewhat predictable, changed my life!
Bisset and Bergen are two friends from college who become writers. Bisset, is in it for the art and is respected in the literary world. Bergen does not start out writing. Instead she flees college to elope with her sweetheart and only starts to write years later when she sees how well her friend has done. Bergen writes more commercial fiction and, of course, makes way more money than Bisset. Needless to say, the friends go on to compete throughout the movie and in the end return to each other understanding there is nothing more important than old friends. (Except, perhaps, huge royalties and accolades.)
I wanted to be Bisset—still do. Her character was everything I thought a writer should be—beautiful, respected, serious about her craft, living in New York and quoting Yeats over cocktails … I even tried drinking scotch because that was Bisset’s drink of choice in the film. Big disappointment.
I still hold this image of Bisset’s character in my head some 35 years later. My dream of becoming a writer, a writer like her, has changed along the way. I worked as a journalist, published stories and poetry, and now, finally published a novel. Life is bigger and more difficult to wrangle than I understood back in 1981. So, maybe I didn’t turn out to be that writer, but I did turn out to be a writer. Webster has two definitions for writer: someone whose work is to write books, poems, stories, etc. and someone who has written something. Well, I have definitely written some somethings and I am trying like hell to make my writing my main source of work/income, so I guess I qualify.
If one wants to be a writer one needs to write. It really is that simple. I believe people do what they want to do. If someone wants to write, they write. If someone wants to paint, they paint. If someone wants to binge watch “My 600 Pound Life,” they binge watch “My 600 Pound Life.”
Do I want to write every day? God no. I’d much rather go to the movies or run 10 miles. Each is both more entertaining and easier. Writing is hard work and can be rather demoralizing. But I write anyway. Even if it’s a pulling-a-donkey-up-a-ladder kind of writing day. Stephen King said there is no bad writing. Well, there is plenty of bad writing, but we’re not talking about that kind of bad writing. We are talking about the act of sitting down and sculpting words onto the face of an intimidating, judgmental, and unforgiving blank page every day, no matter what—that there is value even in the crap. As my old friend E.B. White said, “A writer who waits for ideal conditions under which to work will die without putting a word to paper.”
So, I make time to write. Is it enough time? Certainly not. As I said earlier, life is hard to wrangle. To pay the mortgage I teach middle school students. To keep in shape and get a free YMCA membership I teach spinning. Because I am a fool and probably have undiagnosed ADHD I compete in half-Ironman distance triathlons. And because I am a writer, I write.
We do what we want. I want to keep on being a writer so I face the blank page, I rest my fingers on the home row, I muster up my courage and write on.

No witches, warlocks or vampires...
just a sexy tale about a guy trying to live the Hollywood dream...
Luigi's Chinese Delicatessen by Jim Vines