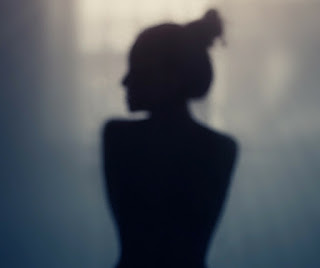 
I wrote my first novel because I had to. It was a compulsion that propelled me each day.

There is most certainly a circle of life. In high school I wrote tortured poetry. I never fit with the popular girls who tittered about boys, and hung out smoking cigarettes at the mall. I was an artist, listened to the edgy new music with potent lyrics, and I dressed eclectically bohemian wearing only silver and turquoise jewelry. I was never happy with the way I looked. I was darker skinned, with long thick black hair. I looked nothing like any of my classmates in Syracuse, New York. I had been adopted as an infant from the Mohawk tribe. I was a Native American.

In college I made friends and fit in. I discovered I was actually an exotic beauty. I preferred progressive music to popular, I painted, and I was inspired by Tolkien and Hesse. I took advanced philosophy courses and studied comparative religion. I began to feel somewhat intellectual—which was trendy. I remember my mother being startled that I enjoyed One Hundred Years of Solitude, and insulted when she asked if I understood it. My father, on the other hand, began reciting verses when I announced I was taking a course in Milton’s Paradise Lost. All the while, I continued taking ballet classes that I had relished since childhood, secretly wishing for a magical career on stage.

A year after graduating with an MFA in painting and art history, I was fortunate a friend suggested I call her cousin, a renowned costume designer, for a job. I had not considered myself skilled, but she assured me I had the right combination of art, photography and fashion acumen needed; and besides, I had amazing style.

In only a few years, I was promoted to costume designer and working on feature films, living in L.A. I met my husband, not surprisingly a philosophy professor. I substituted ballet with yoga. I never wrote tortured poetry because I couldn’t have been happier.

Two fleeting decades passed. Engrossed in our careers, we didn’t have children, doting instead on nieces and nephews. We traveled and invested in art. On Friday evenings we had date-night, drank a bottle of red wine, and danced to blues rock. But something small gnawed at me. I was middle aged and I felt my life was conventional and had become circumscribed. It hit home when an acquaintance reminded me how heads used to turn when I waltzed into a room like an exquisite butterfly—I felt I had become invisible.

Everything happens for a reason. A new yoga studio opened. The teacher, a charismatic Argentine guru, made me feel as if anything was possible. Charming and magnetic, he appeared innocent in his motives, gaining my trust with affection and compliments. Truth is, he targeted me. Vampires are real. I’m not referring to the paranormal kind that drink your blood, but rather, narcissistic sociopaths who use manipulation and compulsion to seduce their victims. Infatuated, I became entangled in his life as he used his mesmerizing sexuality to manipulate everyone around him in his pursuit of women, wealth, and celebrity.

For seven years I was a victim of narcissistic abuse. I could not escape his compulsion. It was like being addicted to a narcotic. Thankfully, like Jonathan Harker in the novel Dracula, my husband understood I had been compelled. It took perseverance and patience, but I eventually broke free. As part of the healing process, a friend in AA assigned me the first Step: to write. The words flew out of my fingertips. It was tortured and painfully revealing, like my high school poetry. When she read what I wrote she suggested I write the book. After three years, I published The Sleeping Serpent—a woman’s struggle to break an obsessive bond with her yoga master.

Like an injured lioness, lying in her den licking her wounds, I remained sequestered in my darkened room in front of a desktop computer with my headphones on for at least eight hours a day, every day. I wrote continuously in a stream of conscious. Unsure if I was writing a memoir in first person or third person omniscient voice, I often mixed up the point of view. In one year I had completed a trilogy. I had made an Excel spreadsheet to use as a timeline and created a bible of characters listing their characteristics, fashion style, music they listened to, and cars they drove. I researched everything on personality disorders and read books where characters are narcissistic, sociopaths or psychopaths: Dracula, Anna Karenina, The Talented Mr. Ripley, Bastard Out of Carolina, American Psycho, and Wuthering Heights. I pinned everything to Pinterest boards, including kundalini yoga kriyas and Argentine recipes. I listened to Liquid Mind on Pandora non-stop. At the end of the year, I cleaned it up as a first draft and gave it to beta readers. I had planned on a trilogy, but the feedback was unanimous: there wasn’t enough arc in the first book to ensure readers would read book two and three; it needed to conclude in one book. I edited it down to one book, tweaking the dialog, and tightening the story.

I love to write. It’s Zen. Even editing is Zen. When I put the marketing hat on I feel like a hustler. Switching hats makes me crazy; it's a schizophrenic feeling. But it has to be done. I post at least once a day across all social media channels. Each one is specific, so I do them separately which assures I get it all correct. I spend time counseling other victims in dozens of abuse groups on Facebook and Instagram. It’s important for me to help others and many end up liking my Facebook Page, following me on Instagram, and some have bought, read and reviewed the book. I also post blurbs, excerpts, and reviews on dozens of book promotion blogs on Facebook. And, I spend time on Goodreads. I read books, newsletters, and take webinars on social media marketing.  I’m not sure someone else would be doing this for me if I were traditionally published. I can only tell you...all I want to do is write.